By buying a Houde mattress, you’re sure to spend your nights comfortably on a superior quality mattress at the best price on the market. Why? Simply because by buying directly from the manufacturer, you eliminate the middle man. 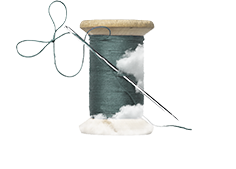 By eliminating the middleman, we’re able to invest more than leading brands in the quality of materials that we use to make your mattress. That means you get a mattress that will stay comfortable for longer for the same price!

Houde was founded in 1935 on the basis of innovation. Over the decades, pushing boundaries has remained our priority. Even today, we’re constantly looking to break new ground. Our mattress collections are regularly updated to include the latest comfort technologies. 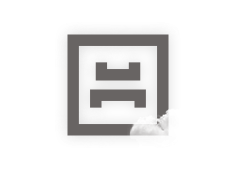 A long tradition of innovation

the finest selection of mattresses in Eastern Townships

With more than 50 mattress models and a team of specialized comfort consultants, Houde shop are the ideal place to find THE mattress you’re looking, all while respecting your budget.

Our team of consultants is specially trained to optimize your nighttime comfort. Since we make our own mattresses, our consultants know them in and out! Whether you have a health condition or you’re simply looking to spoil yourself, they will guide you to the product that’s right for you.

The story of a big manufacturer

Founded in 1935 by Alfred Houde, Matelas Houde was initially a simple mattress repair service. Despite the difficult times in the aftermath of the Great Depression of 1929, the Sherbrooke man was very successful; people preferred to have their mattresses repaired rather than buying a new one. Soon, his reputation as a mattress repair specialist in Sherbrooke spread throughout the city.

By opening the mattresses, the craftsman saw the strengths and weaknesses of the products he was repairing and had the idea of making his own, better-designed ones. In a modest workshop in his family home, he undertook to develop a vision that remains the very essence of Matelas Houde even today: a superior quality product sold at competitive prices, with no middleman.

When the workshop at the founder’s residence was no longer enough, the business was moved to a factory, first on Brooks Street and then on 10th Avenue South in Sherbrooke. Michel Houde, Alfred’s son, then began to get involved in the family business and took over the management in 1970. Under Michel’s direction, the company became an institution in Sherbrooke. A second branch opened at Galeries Orford in Magog, and was relocated twice over the years: first to the corner of King and Lionel-Groulx Boulevard and then to King Street West in front of Promenades King.

Today, Matelas Houde is highly involved in its community and enjoys a reputation that extends throughout Eastern Townships. The firmly established company continues to grow with the arrival of Dominic Houde, the founder’s grandson and now the company’s sole shareholder. Under his leadership, Matelas Houde has become completely modernized, adopting the new “Comfort Shop” concept and taking the development of its products even further. A page of history is also turning under Dominic’s direction with the relocation of the head office and factory to ultramodern facilities.

“We’re lucky to work in a company with an 87-year history, it’s not nothing,” says Dominic Houde. “It’s my name on our products, so we make it our duty to be flawless. ‘Dream maker’ is not just a slogan, it’s what we strive to be every day at Matelas Houde.”